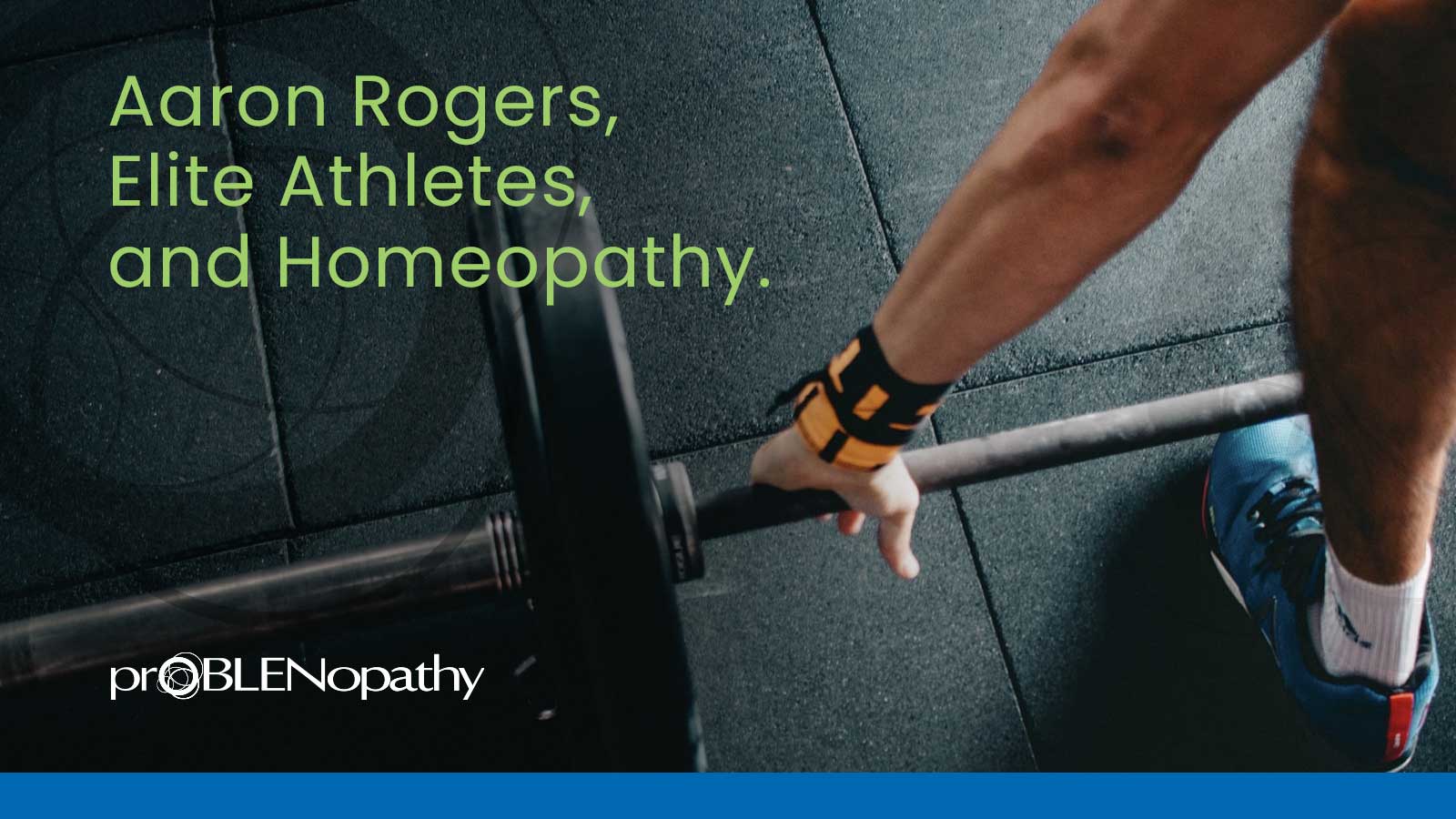 Homeopathy is in the news as Aaron Rodgers, quarterback of the Green Bay Packers, has caused quite a stir over his decision to rely on homeopathic medicine to prime his immune system. While many have criticized him for not going the more conventional route, Rogers says his doctor takes a more holistic approach and helped Rogers take supplements and other immune system builders to help keep his body in peak condition.

Homeopathy Has Long Been A Choice For Elite Athletes

Though many are giving Rodgers a hard time for his choice, few are reporting that homeopathy has long been a treatment of choice for elite athletes. The list is long and includes many famous names from sport that you would recognize. For example, renowned British soccer player, David Beckham was said to have used homeopathy to treat a broken foot prior to the 2002 World Cup. Paul O'Neill—an MLB player who won five World Series championships also was said to rely on homeopathic treatments.

There are many reasons elite athletes choose homeopathic remedies. First, these athletes are supremely focused on their health. They eat right, they monitor their bodies well, and they know that the wrong chemical-laden medicine could interfere with their performance.

Second, with homeopathy there's no risk of doping. Using illegal drugs to increase athletic performance carries stiff penalties and disqualifies athletes from most competitions. But, homeopathic medicines contain nanoparticles that do not show up in drug testing procedures.

Homeopathy To Treat Arthritis And Other Common Injuries

From treating arthritis to over-use injuries, to common injuries like plantar fasciitis or inflammation—homeopathic cures have a lot to offer athletes who push their bodies to the limit each and every day for their sport.

Additionally, homeopathic remedies have something to offer athletes who don't have time to be sick. When illness means missed practices, matches, meets, or games, getting sick can be costly to the professional athlete's career. Like Rodgers, many elite athletes choose to employ homeopathic methods to keep their immune systems primed and ready so they can quickly fight off illnesses.

Homeopathy In The Olympics

Olympic medalist in javelin throwing, Kate Schmidt, says, "Homeopathy can be effective in treating almost anything short of what needs surgery."While Jean-Marcel Ferret, doctor to the French soccer team from 1993-2004 (including during their World Cup victory) explains, "Homeopathy can provide a preventive and curative action, as well as stimulate the body's natural defenses and speeds up recovery. There is no risk of doping which produces a high level of acceptability among athletes."

While Aaron Rodgers faces a wave of backlash for his decision to try natural treatments, he's certainly not the first or only athlete to use homeopathy. Athletes use it because it works. And, the good news is, homeopathy isn't just for athletes. It can work for you too. If you're interested in how homeopathy could help build your immune system, recover from injury,or help your athletic performance? Check out these great products from proBLENopathy.